Album Of The Month: Studio Monk by Junia T 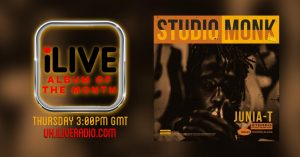 Tune in to http://uk.i-LiveRadio.com/ every Thursday at 3:00pm UK Time for our Album of the Month, Studio Monk by Junia T

Junia-T’s solo salvo Studio Monk was a record that almost never came to fruition. Mired in a creative funk in the wake of the release of his 2014 album Eye See You, the Toronto via Mississauga MC was on the brink of quitting music for good. However, linking with Toronto music maven Addy Papa’s Riot Club sessions at a Los Angeles house—where a carefully curated crew of talented musicians congregated to cook up music—proved to be a turning point.

Junia-T returned to Toronto refreshed with the first few tracks from Studio Monk and newfound confidence and inspiration, leading to a deal with Pirates Blend and a liberating creative hub at Toronto’s Soleil Sound studio (née The Hive). “To be fair, this is the first time I’ve ever heard my music. For real,” Junia-T says enthusiastically. “Because I make music every day but this is the first time I’ve heard it go through all the stages that I put it through. The one thing about Studio Monk that is special to me is that every song was made from scratch.”

Tune in to http://www.iLiveRadio.com every Thursday at 3:00pm UK Time for our Album of the Month, Studio Monk by Junia T 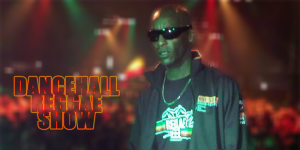 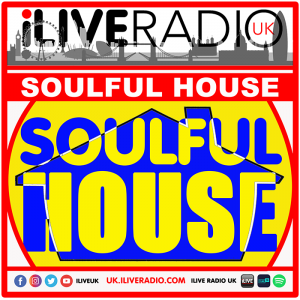