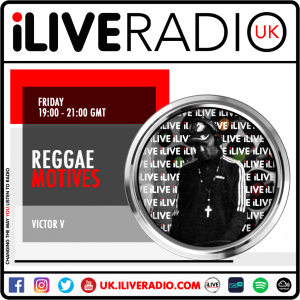 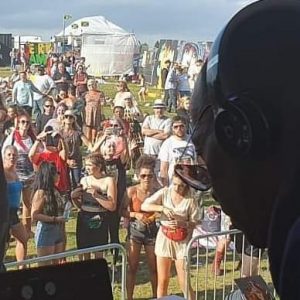 Being born to Jamaican Parents back in the early 70’s it’s no surprise that Victor V was influenced by and loved Reggae.

With the likes of Ska, Roots Rock Reggae, Dub, Lovers Rock, Rhythm & Blues and other genres ringing in the ears constantly, it’s not surprising how Victor V eventually got into Music the way he did.

In his teens, he like many had experienced the sounds of Calypso, Soca, Hip Hop, Rare Groove, Jazz Funk etc; but Victor V recalls his first time hearing the Saxon Sound System back in 1983 via TDK audio cassette tape as ‘not hearing anything like this before in Reggae or music, so got hooked into finding out more’.

The style of DJing, Singing, Melodys, Lyrics, Subjects, Voices, Styles, Music Selection, education & more that this musical machine were spewing was ‘just phenomenal’ is how he described it. Being that they were also from London UK was all the better.

By 1985 Victor V was helping carry the speaker boxes whenever he could go to a live Saxon event.

In the 80’s to the early 1990’s Vitor V’s interest and passion grew stronger and as part of the Youth Club culture he would frequent his local club, watching and learning with his peers an array of musical skills.

Later Victor part of the Sound System ‘CMP’ as the ‘youngest member.

1986 saw the baptism of Victor V into the DJ/Sound at the Caxton House Community Centre, Archway, North London. He recalls the first time he ever played music to an audience of any type. Learning so much that first night but also experiencing a buzz that he still finds hard to perfectly describe till this day.

This journey with CMP was between 1986-1989. They disbanded for various reasons but Victor due to his age had only just started and wanted more.

He then approached Mikey Barber and was offered a spot on ‘City Radio’ 94.4FM
This exposed him to an audience far and wide. Unfortunately it all ended when the Radio Station closed just after a year of Victor joining.

Victor and Birdie were friends from school days and had shared the same early musical backgrounds, opinions so the musical chemistry was there from the start.

Within a year Crystal Eyes attained a great following and respect. It was the juggling Era of the 90’s (not much chatting lyrics on sounds) that helped Crystal Eyes on their way to better things. New formula, New Times, New Era.

As Victor V gained popularity as a ‘Selector’ he was more or less dragged onto London’s No.1 Radio Station at the time; Station FM in October 1993 by longtime friend from City Radio days Mr Banton, doing a 1am – 3am slot then moving to midday – 2pm four days per week.

After 10 years on Station FM Victor took a break from the airwaves. He used this time off to study but also constantly put on a series of ’90’s events ‘where we could take our generation back in time’ as he put it and pay homepage to the Crystal Eyes Era, as by now most of the Youth Sounds had ‘grown up’ and we’re now pursuing other interests where as Victor V was now very prominent in the UK Club scene and also very much involved member of the Legendary Saxon Sound System.

Victor is widely recognised in London for having the most residencies when it comes to weekly Nights out, stretching back from the late 1990’s until these current times.
A people’s person who likes to meet new people, which is why having a resident spot to do what he loves is perfect for him.

Victor V continues to Tour the country and Europe with longtime mentor & friend the Legendary Tippa Irie as his LIVE PA DJ, Plays on the London club scene at least three nights of the week (more depending on the time of the year) promotes events, produces remixes, assists in nurturing the next generation of DJ’s whenever and wherever possible.

Having had a well overdue break from Radio activities Victor V has itchy feet to reach back into Live Broadcasting again as he puts it, ‘to get to know the massives who have never heard of him before’ in this new Digital era.

Catch his show ‘Reggae Motives’ Every Friday here on iLive Radio UK between 7pm – 9pm UK Time it’s promised to be a bag of musical surprises. 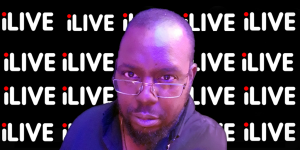 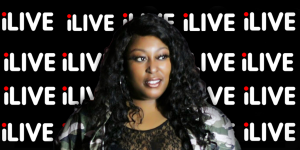 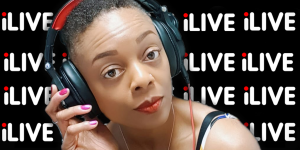